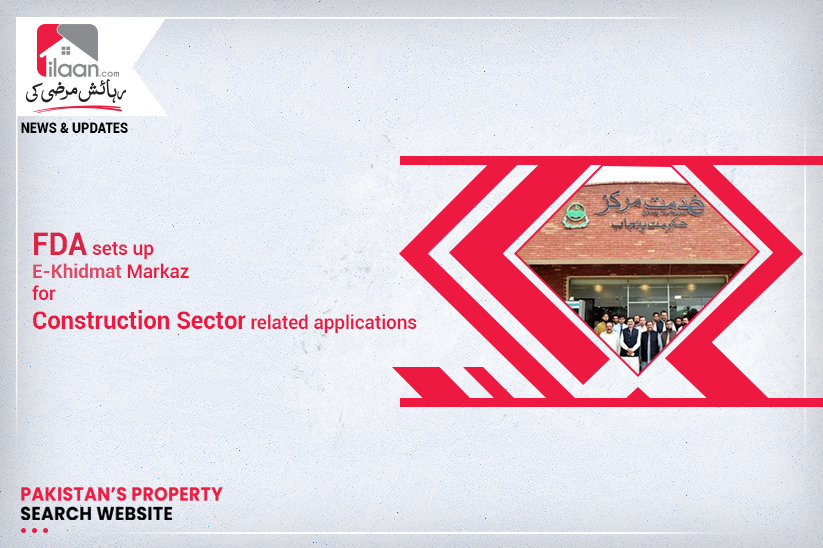 Faisalabad: According to the news sources, the Punjab Government has introduced a system to receive applications for NOCs related to the construction sector at E-Khidmat Markaz.

The facility has been set up to facilitate people and provide all services to applicants under one roof. Director General (DG) Faisalabad Development Authority (FDA) Muhammad Sohail Khawaja said that applications regarding private housing schemes, proposed buildings map approval, building completion certificates issuance, and commercialization of properties would not be received at One Window Counter of FDA.

This facility allows the users to check the status of their applications on the E-Khidmat Portal, smartphone app, or toll-free number 0800-9100. This is an initiative of the Punjab Government but Faisalabad Development Authority (FDA) would also play an active role to make this system successful.

DG FDA further said that it was the revolutionary step of Punjab Government for the development and promotion of construction sector and now the applicants would not have to visit different departments' offices to seek NOCs.