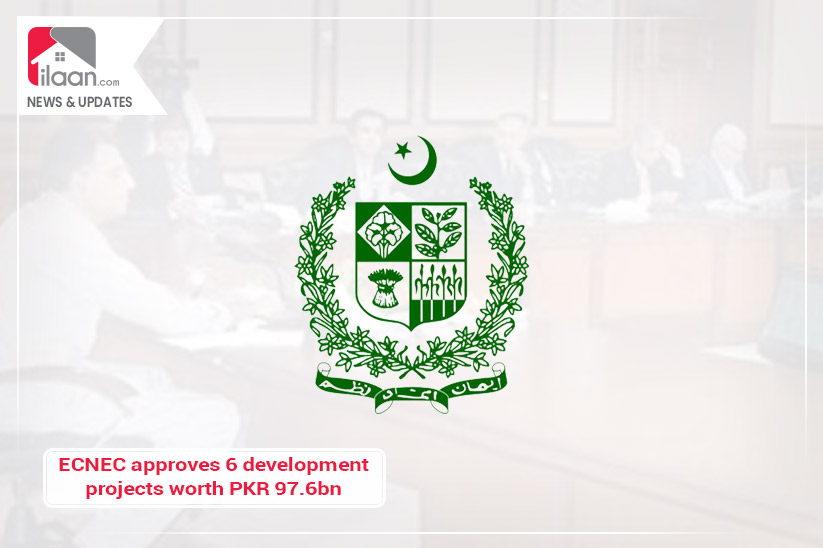 Islamabad: In a meeting chaired by Prime Minister’s Advisor on Finance and Revenue Dr. Abdul Hafeez Sheikh, six developmental projects worth a mammoth PKR 97.6 billion have been approved by the Executive Committee of the National Economic Council (ECNEC).

The committee took some other important decisions as well including revising the cost of the Toiwar/Batozai Storage Dam project. The project located in District Killa Saifullah is set to add 95,000-acre-feet of water and cultivate 16,750 acres of land in Balochistan. The committee also advised the irrigation department of the province that is currently heading the project to complete the scheme within the revised cost.

According to the details revealed by the news sources, ECNEC also approved Rs28.465 billion in principle for the second revised PC-1 of the Naulong Dam Project in Balochistan. The financial details are yet to be finalized, after negotiations between the Economic Affairs Division and the Asian Development.

In order to ensure the timely delivery of these projects, the committee was composed to discuss the issues related to the preparation of the second revised PC-1 of the project.

The committee comprising of ministers of economic affairs, planning development, representative of the Balochistan government, Deputy Chairman Privatisation Commission, and a representative from Ministry of Water and Power will provide its input and analysis within two weeks after the meeting.

For the dualisation and improvement of Mandra-Chakwal Road Project located in the districts of Rawalpindi and Chakwal, an amount of PKR 11.892bn was approved. This special amount allocated for this specific project will be utilized from the federal PSDP.

The committee also approved the construction of the National Electronic Complex of Pakistan worth PKR 16.081 billion that will be constructed in Phase 1 in Sector H-9/1. Islamabad. PKR 13.371 billion will be funded by the Chinese government as a loan while the remaining balance will be funded by the Government of Pakistan, the meeting was briefed.

A total of PKR 25.345 billion was approved for the National Programme, which will improve the Command Area in Barani Areas of Pakistan. Under this project, 2,664 farm ponds for storing rainwater from various sources will be constructed with solar panels installed to increase the efficiency of irrigation systems.

In addition, 4,156 wells will be dug to promote irrigated agriculture by improving 2432 watercourses carrying water from various sources to enhance the efficiency of water conveyance at the farm level.