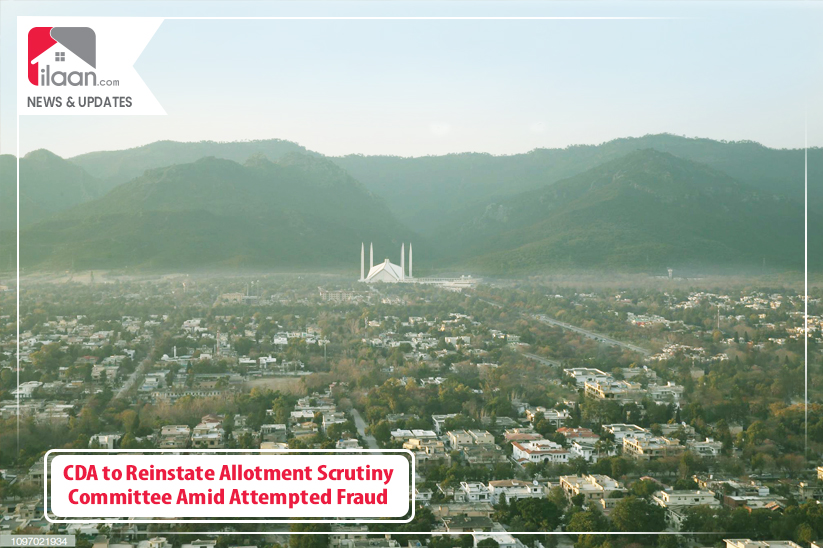 In light of the recent frauds in plot allotments, CDA has decided to reactivate the allotment scrutiny committee.

Islamabad: The Capital Development Authority (CDA) has decided to reinstate the plot allotment scrutiny committee in light of the back to back fraud attempts, according to news sources.

According to sources, the management of CDA has noticed several attempts of frauds during the last few years by the officials in CDA’s land directorate to allot plots on the basis of alleged dubious documents. During the last one month, the CDA’s security directorate has prevented three moves of allotting plots.

Speaking to the media, the CDA Chairman Amer Ali Ahmed said that he had directed for the allotment scrutiny committee to be reactivated to bring transparency to the land directorate. “After the reports of attempts of allotting plots in G-10, the authority has decided to reactivate the allotment scrutiny committee. We have also decided to file a representation before the old dubious cases,” said Amer Ali Ahmed, mentioning that the agency will also file appeals in cases in which the authority’s interest was compromised by CDA officials.