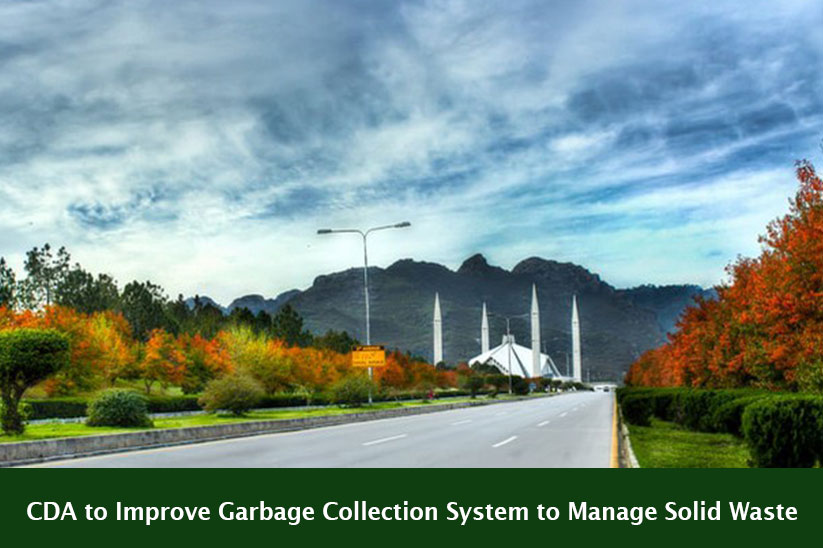 Islamabad: The Capital Development Authority (CDA) is looking to bring improvements in its garbage collection and disposal system to deal with 600 tons of solid waste produced in the city on a daily basis.

Sources report that the civic body in the capital would also provide funds in a bid to resolve the water scarcity issues in Islamabad. The funds would be utilized in the repair and maintenance of tube wells as well as faulty supply lines in different areas of the city. These areas include sectors I-8, I-10, and Margalla Town. In order to discuss both these major issues i.e. water crisis and solid waste management, a meeting was held in the CDA office. Sources suggest that two options were considered for solid waste management in which either MCI (Metropolitan Corporation of Islamabad) would conduct the garbage collection on its own or outsource the task to another party. It was also revealed that the tube well repair and damaged pipeline replacement would increase the water supply levels of potable water.

Ali Awan Member National Assembly (MNA) was also a part of the meeting who emphasized on transparency for garbage collection and sorting. The CDA Officials also shed light on how the population disposed of their garbage in the nullahs creating problems for them and the government.