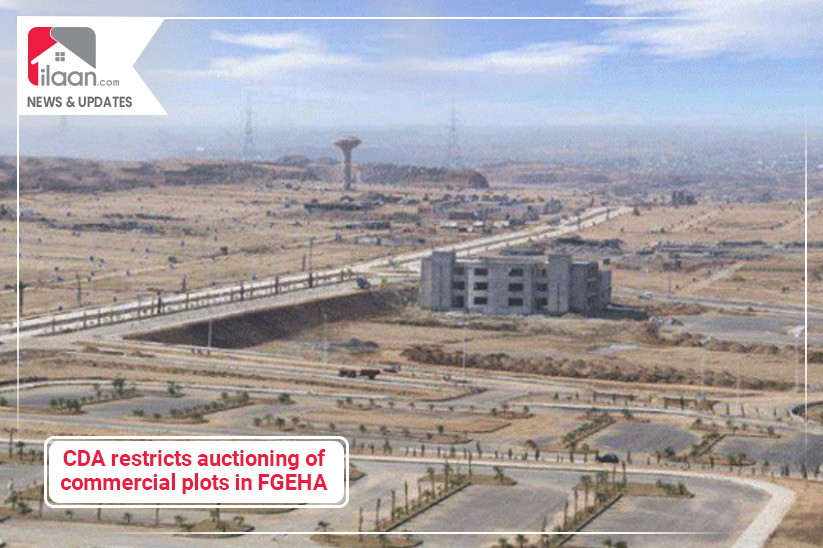 Capital Development Authority (CDA) has once again restricted the Federal Government Employees Housing Authority (FGEHA) from auctioning the commercial plots, as reported by the news sources.

The FGEHA was going to auction fourteen commercial plots of class three shopping centers in Sector G-13 and G-14/4 on Wednesday at a local hotel in Islamabad. However, a letter was written by the Planning Wing of the civic body to the Director-General FGEHA in which it was mentioned that the upcoming auction of the commercial plots is contradictory to the CDA board’s decisions.

It was also mentioned in the letter that terms and conditions of the NOC issued to the FGEHA for the development of Sector G-13 and G-14/4 said that all the commercial plots in the said sectors would be allocated to CDA on an actual cost basis to enable the development authority to finance the development and maintenance of these sectors.

The spokesperson of FGEHA confirmed that such a letter was received and the reply would be sent to CDA in a few days.