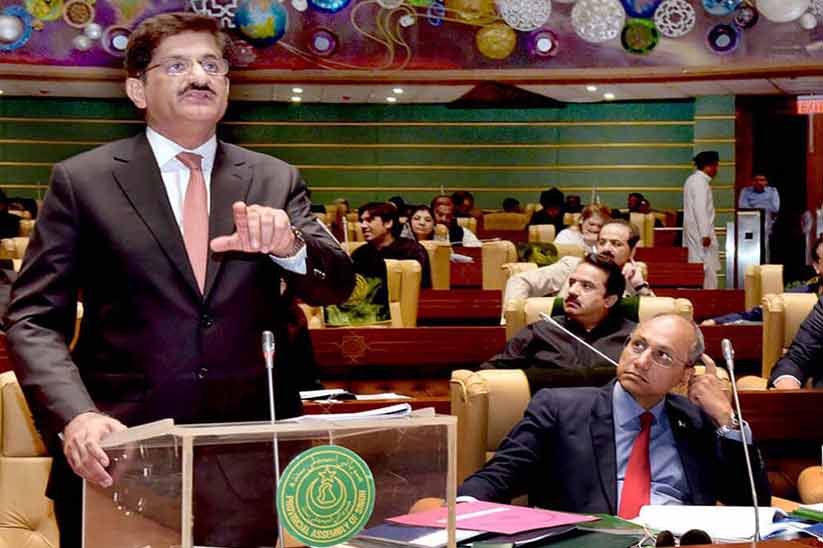 Karachi: Finally, the government of Sindh has presented Budget 2019-20. They have allocated PKR 284.5 billion for the provincial ADP (Annual Development Plan) against estimated PKR 343.9 billion and PKR 172.9 billion revised estimates for the current fiscal year 2019-20.

Chief Minister (CM) of Sindh, Murad Ali Shah presented the Budget 2019-20 in the provincial assembly. PKR 208 billion is the actual size of the provincial ADP for the next fiscal and after the addition of PKR 51.2 billion in the FPA (Foreign Project Assistance), PKR 41 billion in the Federal grants and PKR 20 billion in the District ADP, the total outlay became around PKR 284.5 billion.

The Chief Minister of Sindh, who also holds the portfolio of provincial finance minister, made a complaint about the reduction of the development expenditure worth PKR 172.9 billion from the budget that estimated PKR 343.9 billion owing to the lesser transferred from the Federal Government.

Subsequently, there are numerous development schemes that now cannot be worked upon due to the delay as well as non-availability of the funds. This is the statement passed by Murad Ali Shah.

The Chief Minister (CM) Murad Ali Shah told that in terms of the portfolio for Karachi, Prime Minister (PM) of Pakistan, Imran Khan had announced a total package of PKR 162 billion only for Karachi on March 30, 2019. There are just 19 Karachi-based schemes with the allocation of a total worth PKR 12.1 billion. But the new schemes for the city Karachi are only six that are allocated with PKR 3.9 billion.

These fiscal squeezes are due to low transfer from the Federal Government, stated by Shah. Therefore, the provincial finance department would be able to release only PKR 130 billion till June 3, 2019 against the provincial and the district ADP.